Why it’s the year of consequences at my house 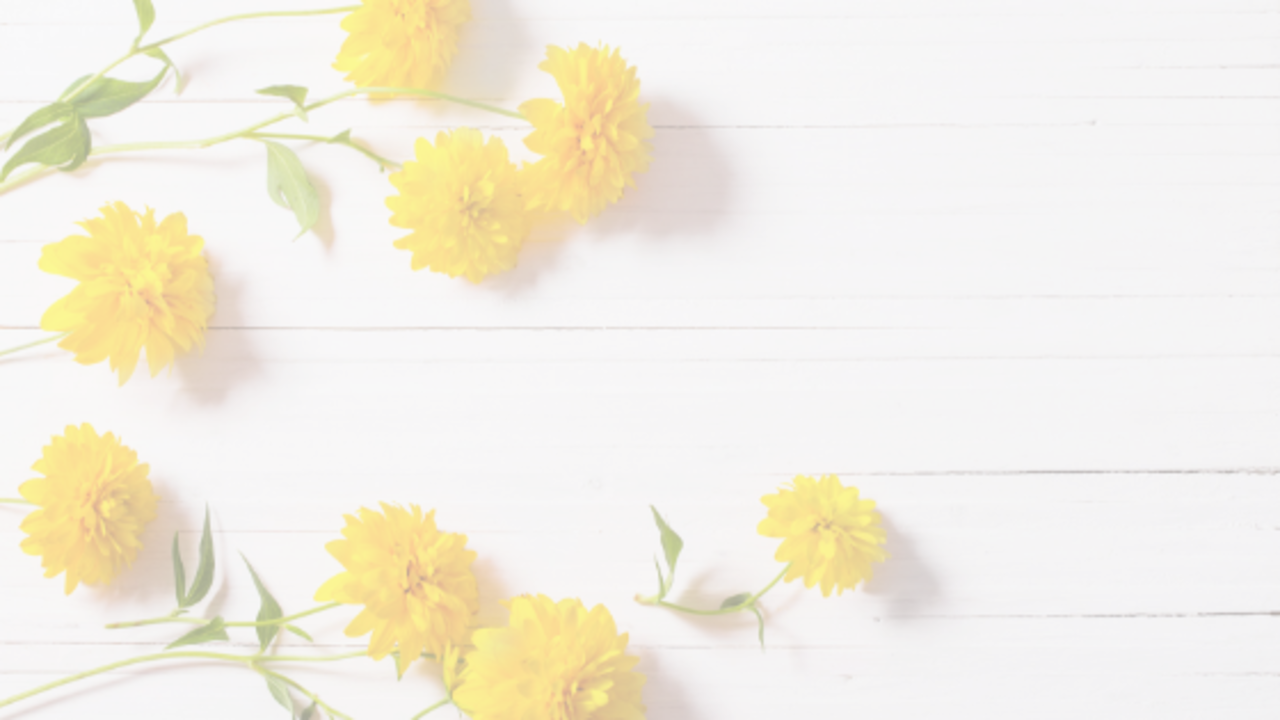 This year is the year of consequences at our house.

It sounds dubious, doesn’t it? It sounds harsh and dismal. It’s not. It’s actually rooted in love. Let me explain.

Awhile back, we had a renter who paid his rent late two months in a row. My husband is truly one of the kindest people I know, and so he extended so much grace. Then, following the rent being late, it simply didn’t come the next month…and the next…and the next. When he was four months late with his rent, (six months past paying his rent on time) my husband gave him an ultimatum: pay or move. The renter communicated back that he was shocked. He thought he would have had another chance. And he was angry with my husband that he didn’t.

As I thought more about the situation, I realized my girls often have the same mindset. When bedtime rolls around, we tell them to get their pajamas on. Five minutes later, we tell them again, and then again, and again. When we finally get frustrated with their lack of obedience (which is really, disobedience), it usually ends with, “GIRLS! Get. Your. Pajamas. On!” We don’t yell in our house, but this is as close as we come. And yet, despite the fact that we asked them nicely four, five, even six times before, they are shocked and hurt that they’re in trouble. One night, the bedtime fiasco went on so long, that they finally got a consequence. And they were upset with us. My four year old, with her little mouth tipped down pitifully, said, “Can’t I have just one more chance?” No thought was given to the multiple chances she had already wasted.

As a parent or a landlord, it’s so easy to see how an individual’s own choices led them to a consequence, and it’s mind boggling how that consequence could result in 1) shock, and 2) anger. It doesn’t make sense to me. They chose it!

And yet, as I thought about it more, I felt the conviction of the Holy Spirit. How often do I do the same thing?

I enjoy drinking soda. I know it’s not good for me. And yet, week after week, year after year, I continue to drink it. I know there could be (and is) a consequence for consistently drinking soda. And yet, I continue, always hoping for…and expecting…a second chance. If, one day, I were to face a consequence, I can imagine in that moment, I would feel shock, maybe even think, “God, why is this happening to me?” Even though, friend, I’m choosing it.

I know I would feel that way, because honestly, I already do.

Being very vulnerable here, I struggle with my weight. I have since the time I was eight years old. And often over the years, I’ve felt like it wasn’t fair. It wasn’t fair that I struggled with my weight when so many around me didn’t. Yet in my teen years, my twenties, and even now, starting into my thirties, it hasn’t kept me from drinking soda. Even when I know full well that you are more likely to gain weight drinking soda than water. I make choices that lead to a natural consequence and yet feel disappointed, shocked, and maybe even a little angry when I step on the scale. Why? I chose it.

But it’s so much easier to hope for a second chance than to make a powerful decision today.

I love how one of my favorite Bible teachers, Shane Willard, puts it. When someone tells him they’re broke, he says, “Today?” Or when someone comes to him and says their marriage is falling apart, he asks, “Today?”

Meaning, we often only see the outcome, but truly, that outcome came to pass because of dozens, hundreds, or maybe even thousands of small decisions made along the way.

It’s so much easier to expect a second chance, than it is to make good use out of the chance we’ve already been given.

And our God is a God of second chances. He extends grace. He forgives. He loves unconditionally.

However, while we can be grateful for the gracious character of God, it shouldn’t be taken for granted. His grace doesn’t absolve the fact that we live in a natural world with natural consequences. In His great mercy, He often saves us from what we truly deserve, but we need to be aware of His mercy and so grateful for what we’ve already received, not always expecting more.

Always expecting more is truly so harmful. Expecting a second chance can quickly give way to entitlement. Feeling entitled can quickly give way to a victim mentality. A victim mentality often leads to a lifetime of making unhealthy choices, believing things are happening by default, rather than by choice. It creates a lack of responsibility as we assume someone else is making decisions for us without realizing we’re making them for ourselves. It’s the opposite of living an empowered life.

Friend, it’s time to recognize the decisions we’re making and realize that they’re taking us down paths, whether good or bad. It’s time to start living purposefully and powerfully.

Realizing how incredibly easy it is to become numb to our choices, and expect another chance rather than feeling genuinely grateful for the ones we’ve already had, we decided that we wanted something more for our children. We don’t want to raise daughters that always feel entitled to a second chance. And so, for our family, this is the year of consequences.

Now, when we tell them it’s time to get on their pajamas, we set a timer on the stove. When the timer goes off, if they don’t have their pjs on, they face a consequence. Not because we love to give consequences – not at all! – but because we love our children enough that we want to teach them now, when it’s something as little as getting their pajamas on, to do the right thing the first time, rather than expecting another chance. We want to teach them that their choices matter and are connected to outcomes, good and bad. We want to help them develop the characteristic of self-discipline, because we believe self-discipline will enrich their lives and bring them true joy…like getting to snuggle and read books with mommy before bed.

I’m working on this in my own life as well. I’m cutting out soda and day by day, building up the muscle of self-discipline. It’s not easy, but praise Jesus, I don’t have to do it alone. Every morning I pray for His Spirit to help and empower me. I have faith that one day – if I keep fighting – the battle will be won.

Today, I invite you to take an honest look at your life, at the choices you’re making that have gotten you to where you are. I invite you to live aware of the chance you have today, to live the life you want to live. Whether it’s in relationships, finances, health, time, work, etc., make the hard decisions today that will get you to where the LORD has called you to be, tomorrow. 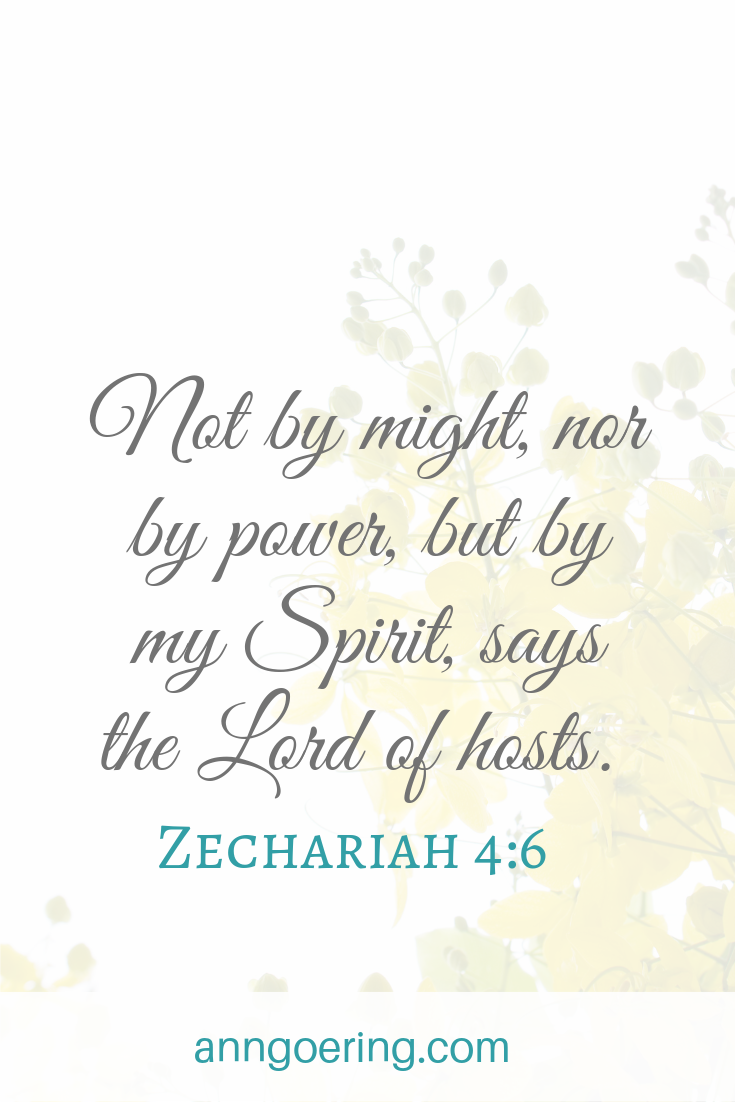 “But you will receive power when the Holy Spirit comes on you.” Acts 1:8

“I pray that out of his glorious riches he may strengthen you with power through his Spirit in your inner being.” Ephesians 3:16

“Not by might, nor by power, but by my Spirit, says the Lord of hosts.” Zechariah 4:6