The Strategy of God 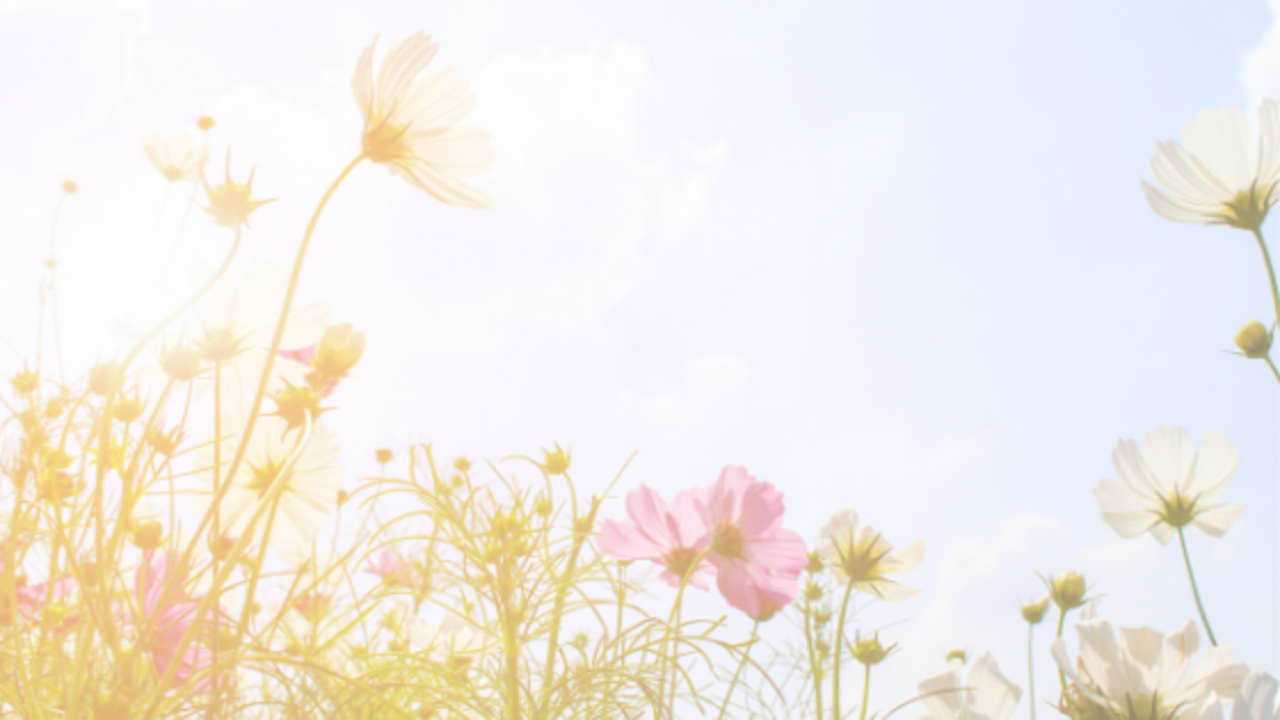 The strategy of God is something that continues to surprise and delight me, and quite honestly, it blows my mind year after year. How I can have seen Him move like He has, and still be so completely overwhelmed by His intervention and thoroughness, I don’t know, but ya’ll, it happens. Over and over. His strategy and execution, His attention to detail, is beautiful. Beautiful.

Around a decade ago, I started working for a ministry to Eastern Europe. Nearly a year into my time there, another position became available, and after much prayer, my husband applied. We both felt so certain that we were to serve the leader of the ministry and his wife, as they went about the practical application of ministry a continent away.

We love hands-on missions, but we felt the LORD impressing on us that for the leaders to be able to do the work He had called them to, they needed people supporting them and handling all the necessary parts that weren’t hands-on ministry (i.e. editing, designing, printing, folding, stamping newsletters, receipting, donor relations, etc. It’s a real part of ministry, but feels oh so much less purposeful than scooping an orphan up out of the streets and finding them a meal, a home, and a family.). We were ready to serve God, by serving them – even if it was serving behind the scenes. Additionally, we loved the idea of working in the same office, and dreamt of ministry trips, commute time, and lunches together.

Although my husband was considered, ultimately another person was chosen for the position. I remember lying face down on my bedroom floor and weeping – full out ugly crying – for all the ways we longed to serve together, and yet were not going to have a chance to do so. To my 21 year old heart, it felt like everything we had dreamt of, everything we felt God impressing on our hearts, had turned to ashes. And it brought up questions like, was His will not winning? Or had we not heard Him like we thought we had?

Shortly after (weeks, not months), I found out I was pregnant. Then, over the next few weeks, some things started happening in the leadership of the organization (not with the leader, but with the board of directors) that was grounds for concern. Shortly after that, we knew very clearly that God was calling us away to make a cross country move (a story for another day). I cried the day I turned in my resignation, confused about what all was going on. If God has called us to serve this leader and his wife, why hadn’t Chris been chosen for the position, why were we moving, and why was I resigning from the ministry? It just didn’t make sense to me.

Fast forward about 18 months. We were living in a different state, working completely different jobs, when I got an email one day, asking if I was the same girl that had worked for this organization. It was the leader of the ministry, and puzzled, I replied that I was.

He then, very carefully (He’s not one to gossip), explained that some things had transpired, and he was no longer with the organization he had started. He was starting a new ministry, more specific to exactly where he felt God was leading. And, he needed administrative help. Within a few months, my husband and I were working for the ministry, doing exactly what we had dreamt of doing, only we got to work together remotely from our new home. We were serving the very individuals we felt the LORD had called us to serve, from the new place He had called us to, and not only were we working in the same office, we got to work from home! It was everything we felt called to, but better than we had pictured it being!

He wasn’t surprised by my pregnancy, or the babies that followed during the next seven years we served with the new ministry. He wasn’t surprised by the move He was calling us to, the things that had happened with the board, or the change in ministry – both in name and direction. He was not surprised – He knew about these parts of the story, before He ever called us to serve. With them in mind, He carried out His plan. And it was so much better than anything we had imagined. We didn’t know the plan needed to include a move and a change in ministries, but He did.

Though there were tears and disappointment and confusion on our part because we couldn’t see how God was bringing to pass what we felt like He was calling us to, His plan never faltered, because He knew the end from the beginning.

God is so strategic. He knew Revelations from Genesis (Isaiah 46:10 NASB).

Girl, whether it’s our story of serving in ministry, or your story, whatever that looks like – though God may be saddened by our choices – or the choices of others – He’s never surprised by them, and more importantly, He’s never caught off-guard by them. He’s never left scrambling to try to fix things. His plan included redemption from the beginning.

Friends, our mess will never mystify His plan to redeem us.

Isn’t that freeing? It’s not a free-ticket to sin, but instead, peace that even in the hard spots of life, we can rest assured that He is working all things for our good, and that He has a plan, even when we do not see it.

“And we know that God causes everything to work together for the good of those who love God and are called according to his purpose for them.” Romans 8:28 (NLT)

“For I know the plans I have for you,” says the LORD. “They are plans for good and not for disaster, to give you a future and a hope.” Jeremiah 29:11 (NLT)

If you’re in a place where you’re not seeing what you thought God promised you, do not lose hope. He hasn’t forgotten. He’s just working it out from a bigger perspective. And someday, on earth or in heaven, you’ll look back and realize that His plan was better than what you pictured in the beginning.

So, grab hold of hope, and treasure His promises in your heart until you see them come to fruition. His delay is not the same thing as His denial. Often, it’s just a matter of timing.

For more on the strategy of God, personally and as we see it play out across history, sign up here for information about my new Bible study, ‘betrothed’. 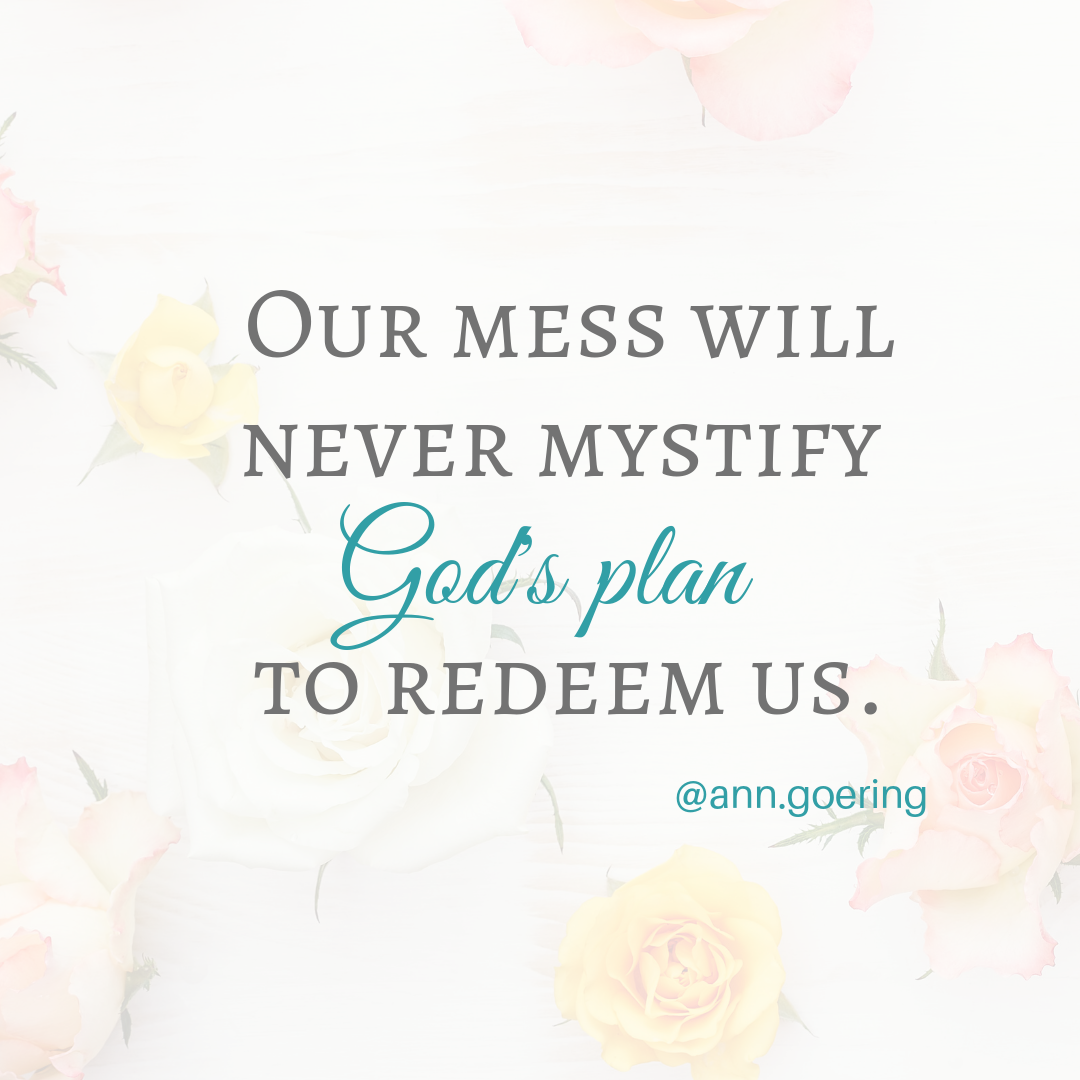