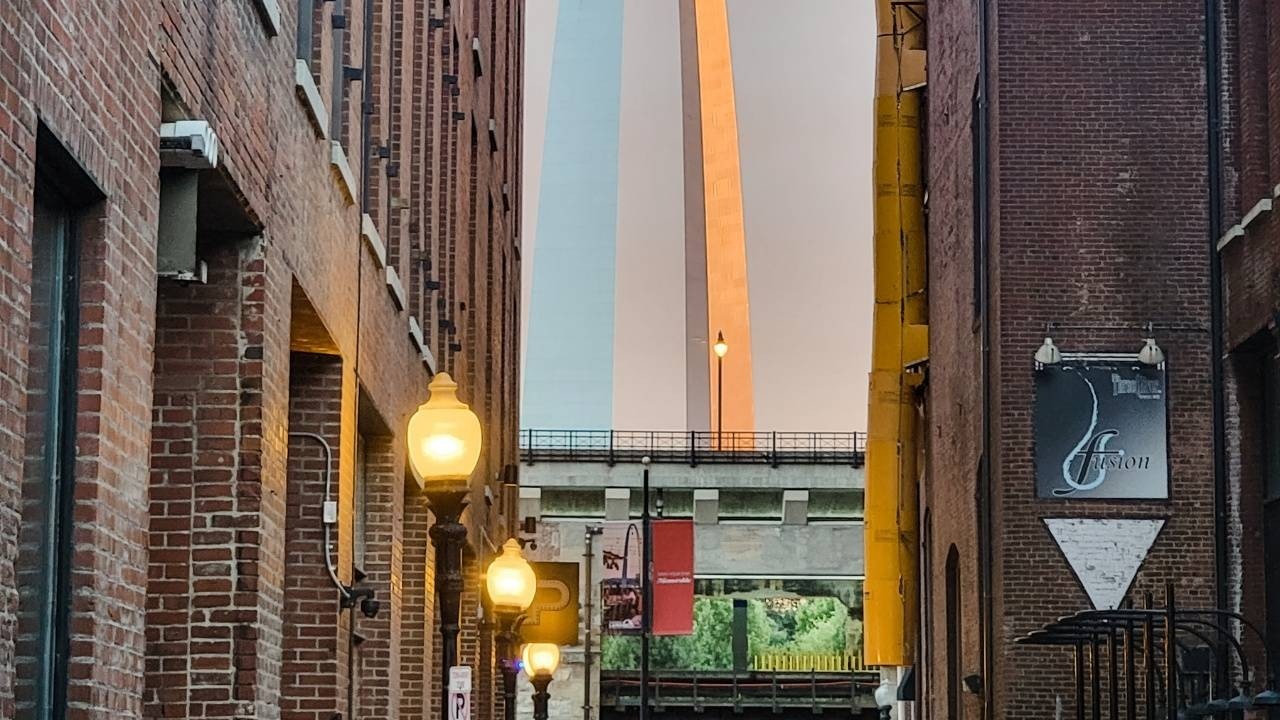 We set off from our base in southern Missouri, with a quick stop planned in St. Louis on our way north.

The day started off rough when I ripped the handle off the kitchen cabinet putting the slide in, but Chris assured me he could fix it (yay for handy husbands!).

It felt a little surreal to finally be on our way after planning this adventure for so long.

Something we could probably use to grow in is planning. When we decide to do something, we quickly jump in with both feet. Call it spontaneous, call it reckless, call it flying by the seat of our pants, or free-spirited (maybe all of the above), but it’s just how we roll.

So, considering a season of full-time RV living over the past nine months, and seriously working towards it for the past two months has felt like a lifetime. Seriously, it’s so much easier to just do something – there’s no time to second guess or waiver. The past nine months have felt like a roller coaster of going back and forth – are we going to do this or not? Once we decided we were, we had to have a garage sale, prep the house for sale, find an RV, find a new truck, equip the RV (more on our favorite storage hacks in another post), and then start the never-ending (it felt like!) move.

We’ve moved lots of times. To be specific, this is our twelfth move in 13 years. Our banker calls us gypsies.

But this move was the one that felt never-ending.

Not only did we have to pack and move all our stuff but you have to go through literally everything and decide if you want to pack it for the RV, pack it for storage, give it away, or just put it in the trash. Then, you’re literally moving in and unpacking while you’re packing, so instead of packing everything, moving, and then unpacking, it’s all the work on the front end. Anyways, it felt like three months packed into three weeks.

I told my hubs that I wasn’t doing this again. This is our last move. He just chuckled. We both knew better. Cause we’re going to be in this camper forever. Ha.

So, all that to say, after finally getting on the road, it seemed a little surreal.

Three things we learned that day:

All good things to know.

My sister & her amazing family offered to come with us on the first leg of our journey, and my sweet mom joined us for the first couple of days, so after getting underway, we met up with her. After a quick stop at an orchard along I-44 for Concord grapes (which are very different than store-bought grapes we’ve had because the skin pops off so easily, and they feel more like a blueberry but taste EXACTLY like grape juice), we finally reached St. Louis in the pouring rain. Thankfully our brother-in-law (who is always prepared for every situation) in his rain poncho was there to help us get parked and connected. Chris on the other hand, was equipped with what he thinks is a super cool rainbow umbrella hat. He ended up soaked, but his head stayed dry, so he called it a win.

There is SO much to do in St. Louis. Seriously, we could have spent several days, but sadly, we only had two days allocated before moving on.

So, on our first day we chose the St. Louis Zoo.  You can add on things like the Sea Lion Show, the train, and other things, which do cost, but admission is free. The zoo feels more like a park with it’s sprawling size and beautiful landscaping, the animals were active and clearly visible, and the weather was perfect. We followed the zoo up with supper at Imo’s Pizza (a St. Louis icon) which was conveniently located just down the street from the zoo, and as always, that was yummy. 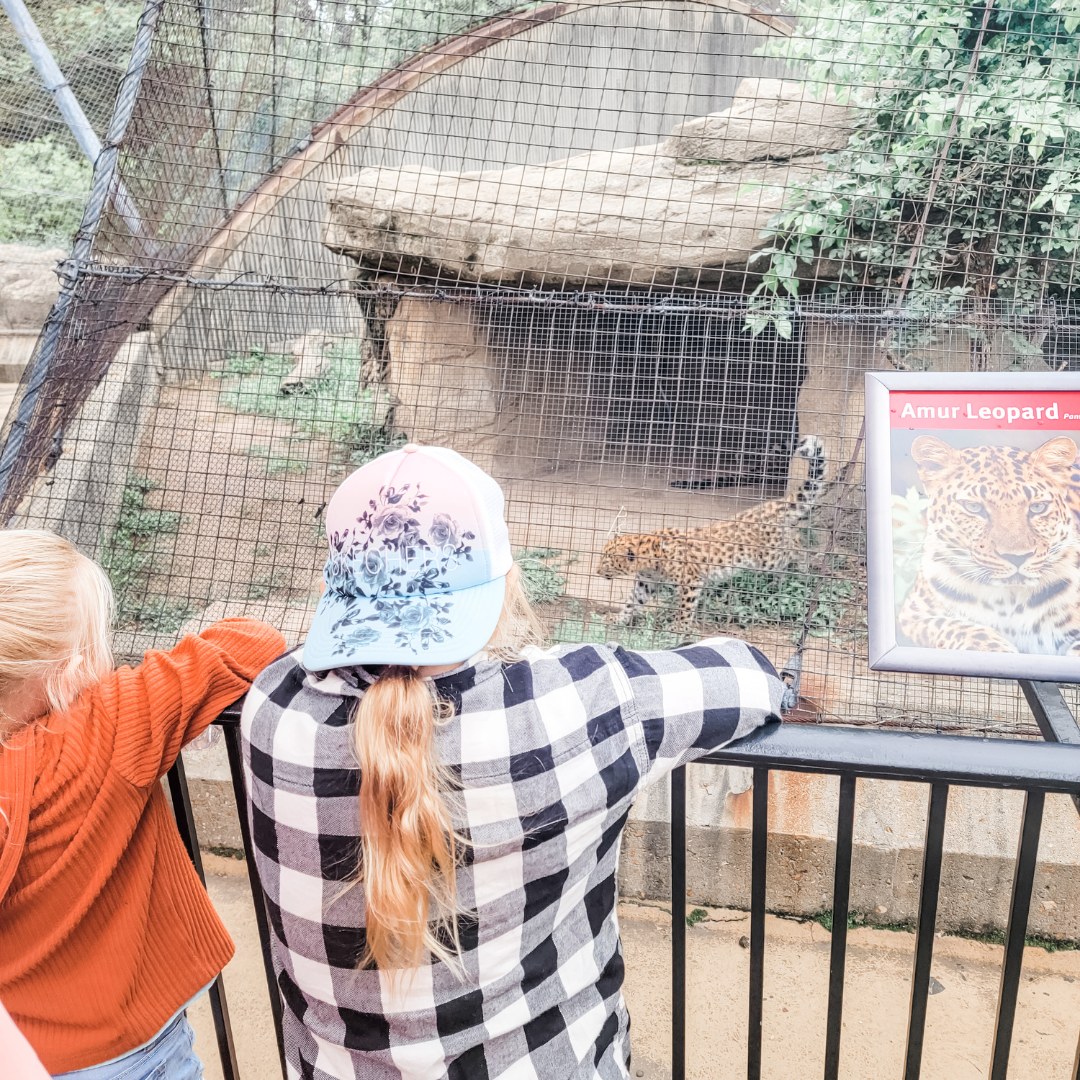 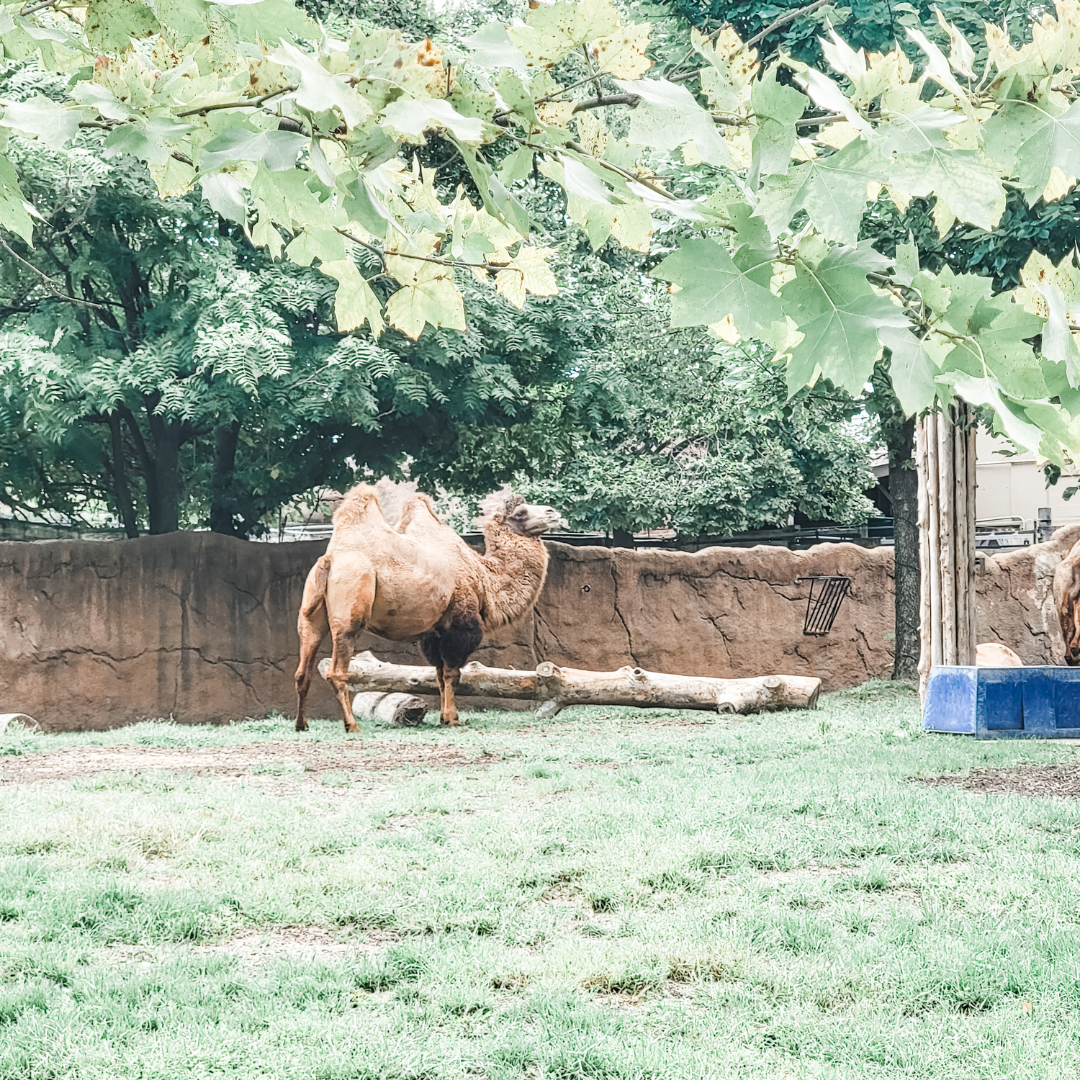 The next day we visited the Cahokia Mounds, which was very interesting. It was one of the greatest cities of the world in it’s day, larger than London was in AD 1250. The mounds where the city was built are still visible today, as is a replica of the city wall. There are stairs you can climb to get to the top of the mound (which was built basket-by-basket-full of dirt), and the view from the top was really pretty. You could clearly see downtown St. Louis from the top, and the signs were informative. The stairs were numerous and there were several people there using it as a workout location, but it was really neat because the long, steep staircase looked like it climbed right up to the sky as you were climbing. 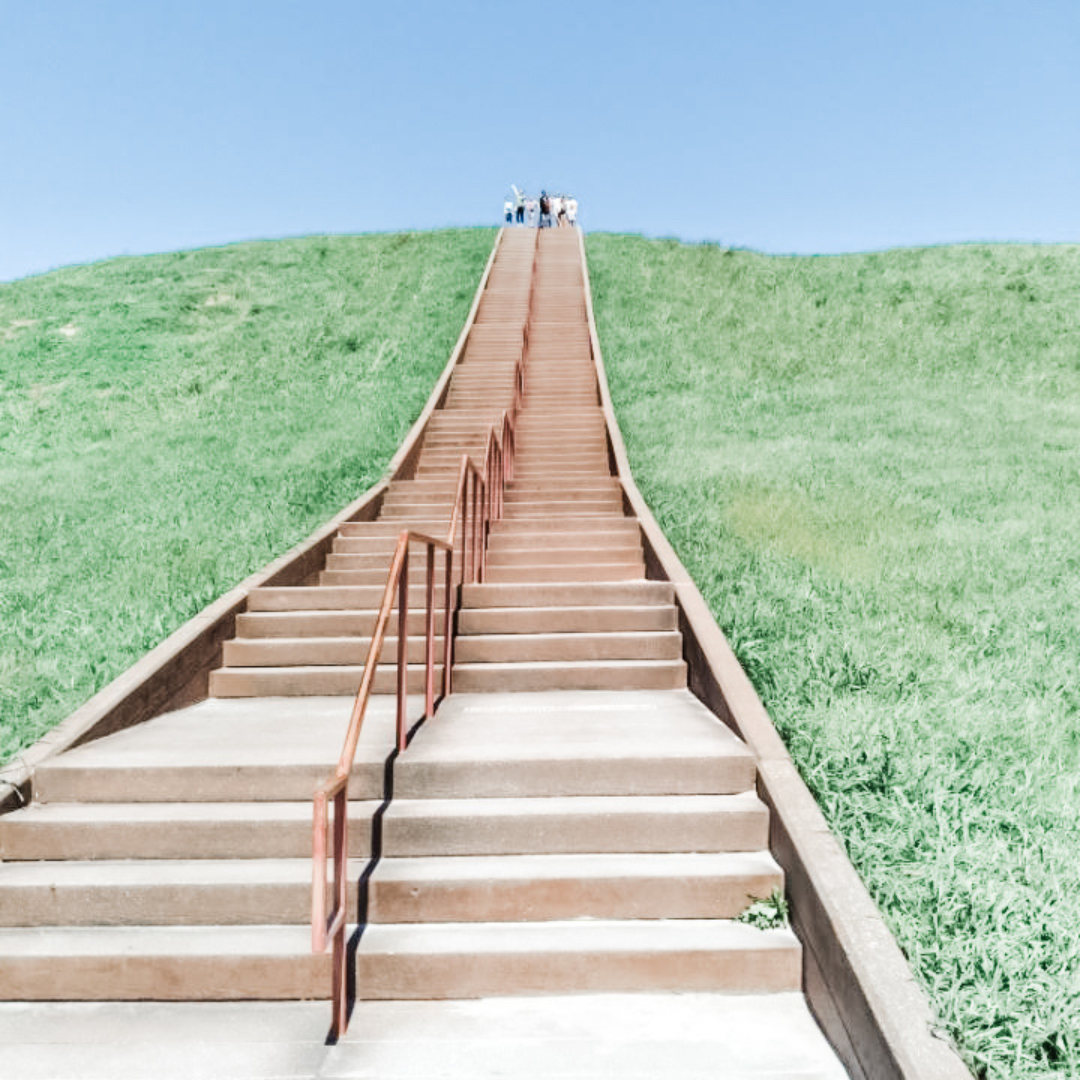 Our next stop was the St. Louis Arch and the museum under it. The museum is free admission, and the kids really enjoyed the exhibits, as did the adults. There was so much history to learn about, that we spent several hours, but still didn’t get to read every sign. (Which if you’re a dedicated sign reader like my mom and I, you’ll understand the despair.) 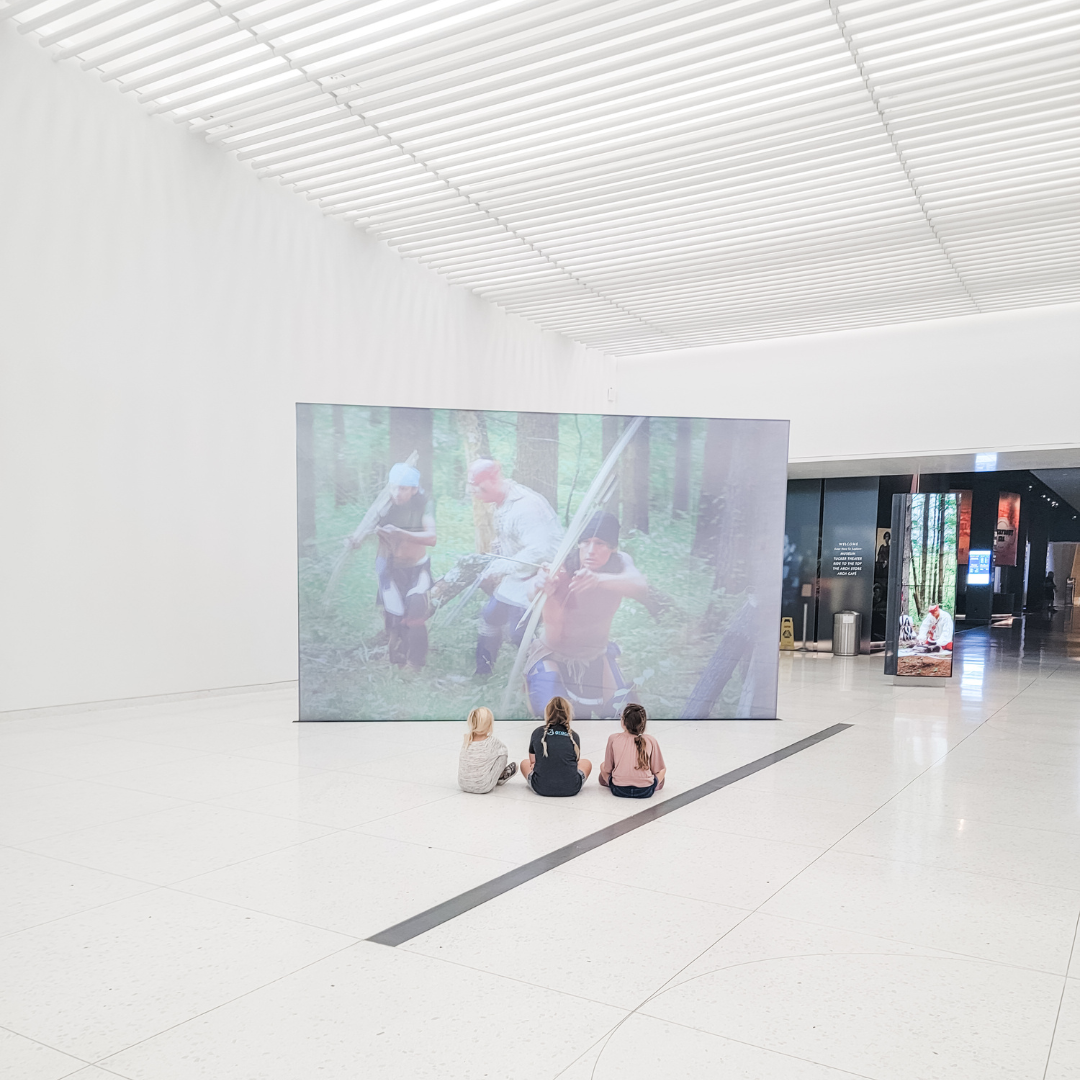 From the arch we walked through the adjoining park with a beautiful tree-lined path that my girls are sure Ann of Green Gables would have named ‘Pathway of Delight’ or something of the sort, back to where we parked. Then we walked two blocks to eat at the Old Spaghetti Factory, which turned out to be one of our favorite meals of that leg of the trip. The menu was large, serving sizes big, prices family-friendly, and the décor was beautiful. We had fun taking pictures on all the beautiful vintage furniture, and my old building-loving husband thoroughly enjoyed examining one of the oldest buildings in downtown St. Louis. 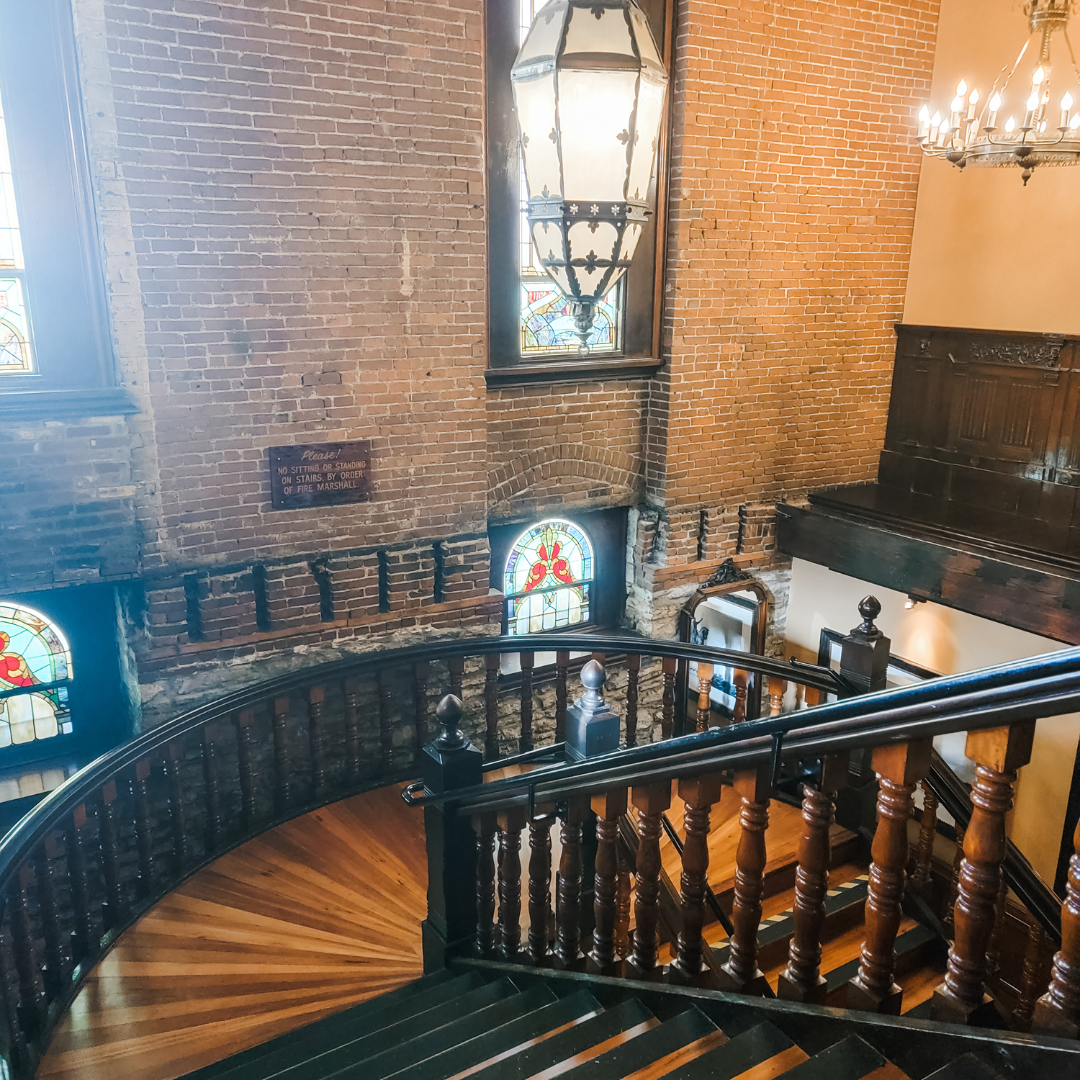 After supper was a hard goodbye as my mom headed back home.

We finished the night with a trip to IKEA (my sister had never been), which although just as fun, turned out to be my least expensive trip ever to IKEA (there’s only so many places to put something in a camper!). The next morning we packed up and headed out, bound for South Haven, Michigan.

Our first stop was a fun-packed one, full of family, great food, and lots to see! One down and the rest of the country to go! 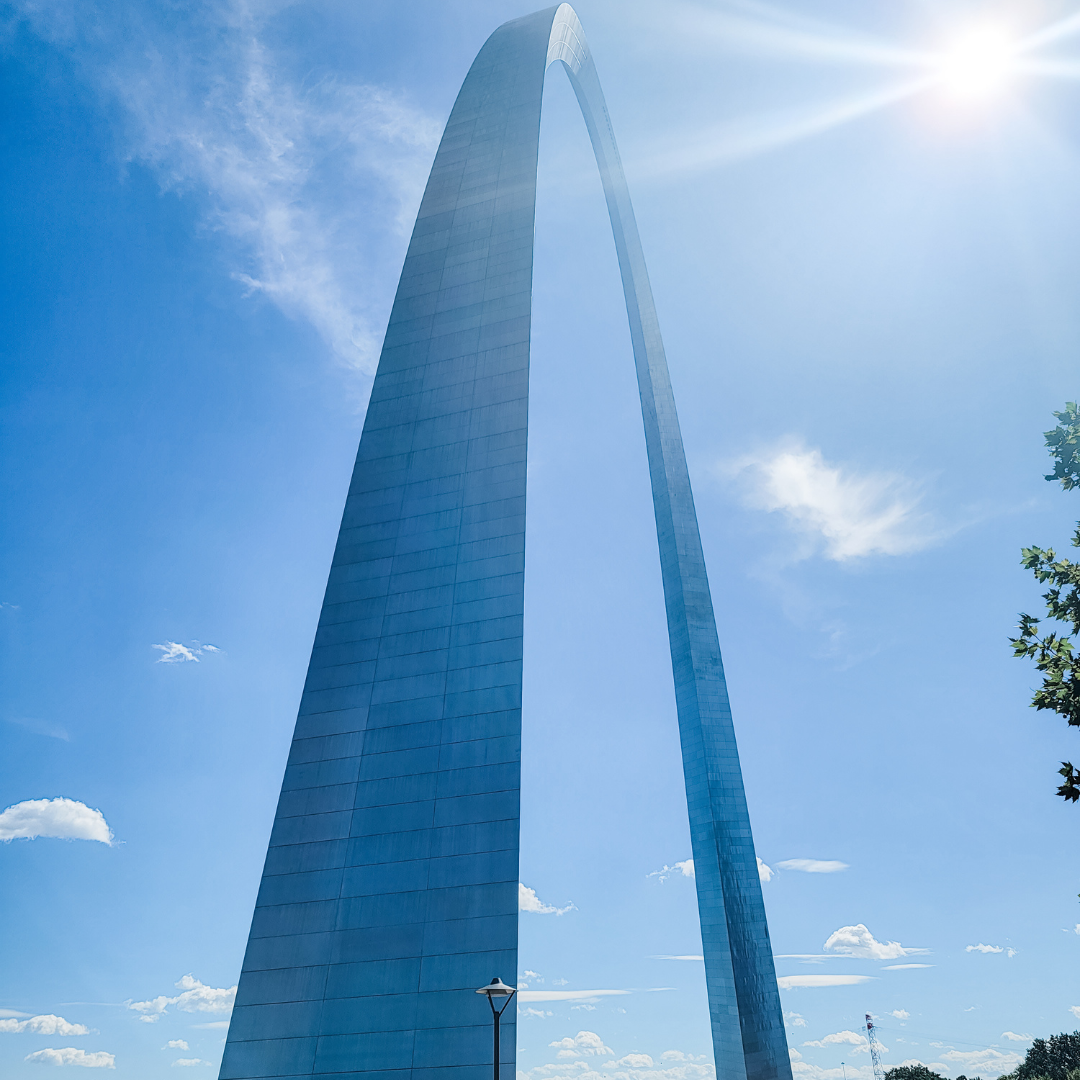