He took the fall 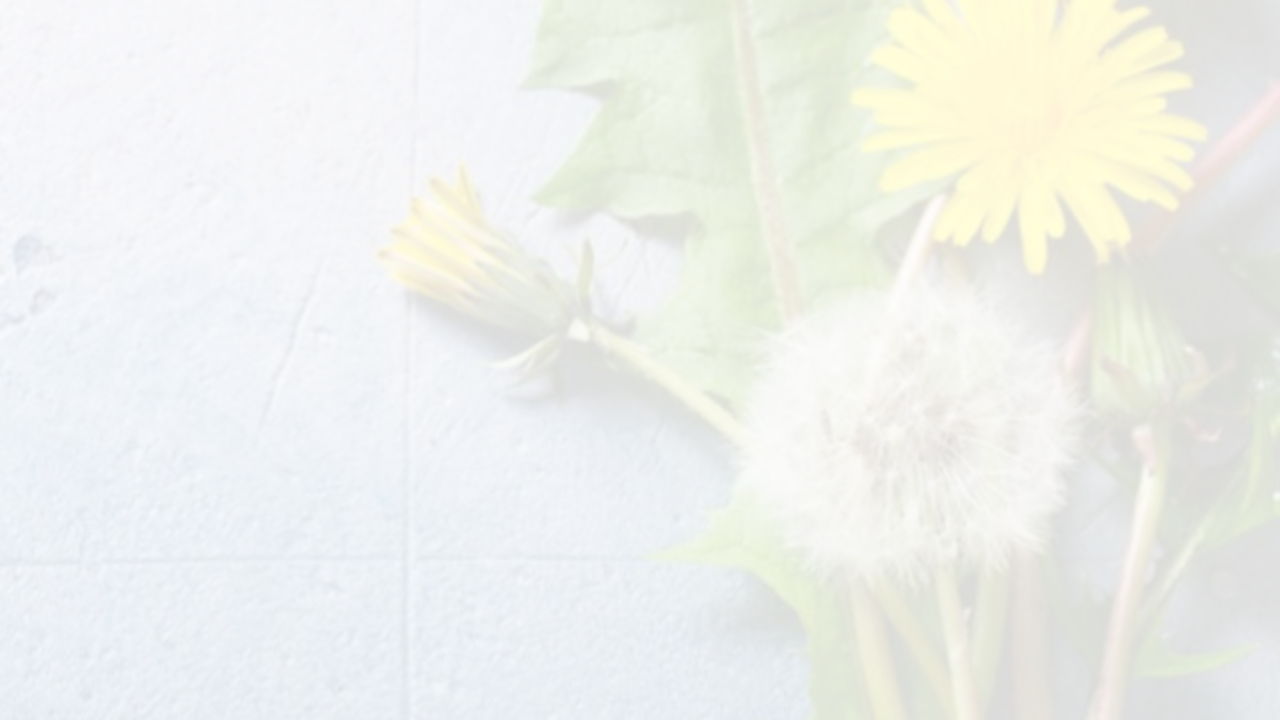 The sun was high, the air hot and humid.

It was our last trip out on the boat for the summer. The deck of the pontoon boat was filled with family, and he didn’t feel like going swimming. But with his daughters begging him to swim them over to the rope swing tied to a cliff, he strapped on his life jacket, double checked theirs, and jumped into the lake.

They made the swim to the rope swing, and he helped them climb up onto the narrow rock ledge where they waited in line for their turn.

A dozen or more boats sat in the little cove as people swam, jumped off cliffs, and rode the rope swing. Finally, it was my little troop’s turn on the swing. Chris lifted our four year old up, waited for her to get her grip, and gave her a push. My heart jumped a little as she reached the end of her swing. Thankfully, she let go and dropped into the warm water. Next, came her big sister. She, too, let go at the right time and they began the swim back to the rocks to ride the rope swing again.

This time, things didn’t go as planned. As Chris lifted our seven year old up to grab the swing, she shifted abruptly to grab the rope, causing him to sidestep. As he did, he slipped on the wet, slick rocks, and his feet went out from under him. In that split second, he could have dropped Ali and been able to brace his fall. Instead, he held her tighter and took the full brunt of the fall – for both of them – on his right elbow. Jagged rocks scraped his back, and the back of his head was less than an inch from hitting as he landed on the rocks and then fell into the lake, still holding our daughter in his arms. Everyone on our boat who saw their fall, jumped up. Ali came quickly to the surface of the water and looked frantically for her daddy. He took longer to surface. When he did, he helped her swim out of the way, but he wasn’t moving his right arm.

My mom, who is an EMT and a nurse, had already strapped on her life jacket and jumped into the water. She quickly made the swim over to them and started checking them both out. As they made the slow swim back to the boat, Chris still didn’t move his arm. Ali boarded the boat in tears, claiming she wasn’t hurt, but that she was really worried about her Daddy.

When we finally got Chris into the boat, it quickly became clear that his elbow had broken. His work in construction, his daily habit of lifting weights, even writing his name, had been disrupted in that one moment when he had decided to hold onto his daughter and take the fall for them both.

He could have dropped her. No one would have blamed him. It would have been an instinctive reaction. But he didn’t. He held on. He kept her safe. He took the fall. 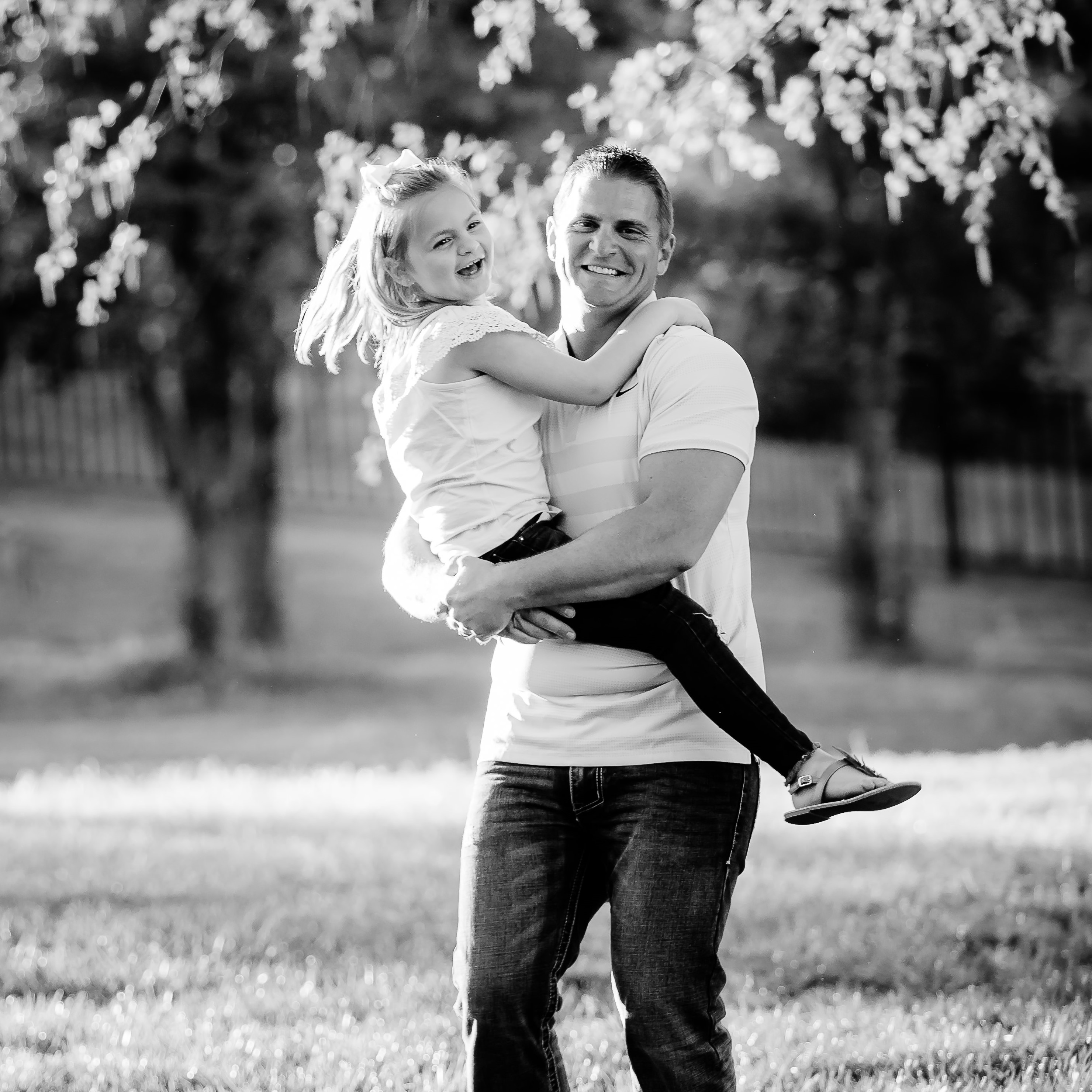 The next morning, sitting beside him in church, I realized yet again, how my husband reveals more of the heart of Jesus to me.

Sometimes, I think there’s a tendency to believe that when we mess up the worst, when we fall yet again, we’re distanced from God. Instead, I believe that’s when He holds us the closest. He already took the brunt of our sin so that there would be no distance between us. It was on the cross that what separated us from God, was atoned for – so that we, who were far off, could be brought near. So, why, when we fall, do we imagine it separates us from His love?

Like Chris pulled Ali in, even knowing what it meant for him, I can imagine that when we slip, Jesus pulls us in, holding us close, cushioning us from the full judgment, consequence and pain that should be ours. As Chris demonstrated that he loved his daughter more than he loved himself, on the cross, Jesus (to a heavenly extent), demonstrated that He loved you more than His own life.

If Jesus took our fall to bring us near, if He sacrificed Himself to keep us safe, why do we still wrestle with whether or not He loves us? Why do we insist that He must feel disappointed in, angry with, and disgusted by us? Why do we still buy into the lie that He’s thinking angry thoughts toward us?

I pray today, you – we – would trust Him enough to believe what He says He thinks about us. I pray that we would believe Him, when He showed us how much He loves us. I pray that we would see ourselves as we are – held tight, and that we would feel the arms of our Savior around us, whether today has been our worst day or our best day. Because Jesus already intimately knew about both and He still held on tighter and took the fall.

“For I know the thoughts that I think toward you, says the Lord, thoughts of peace and not of evil, to give you a future and a hope.” Jeremiah 29:11

“He came and preached peace to you who were far away and peace to those who were near. For through him we both have access to the Father by one Spirit.” Eph. 2:17-18

“ For God so loved the world that He gave His only begotten Son, that whoever believes in Him should not perish but have everlasting life.” John 3:16 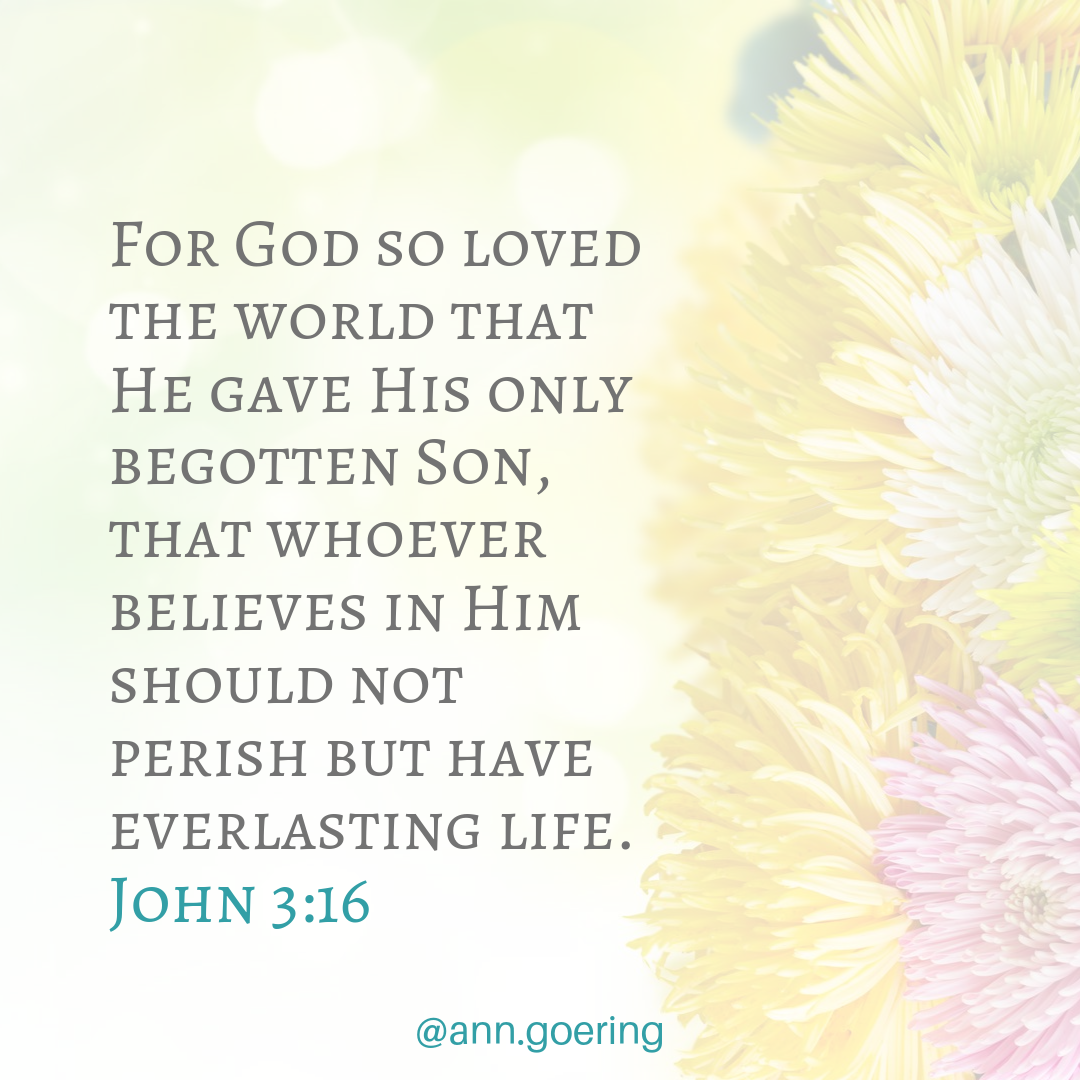